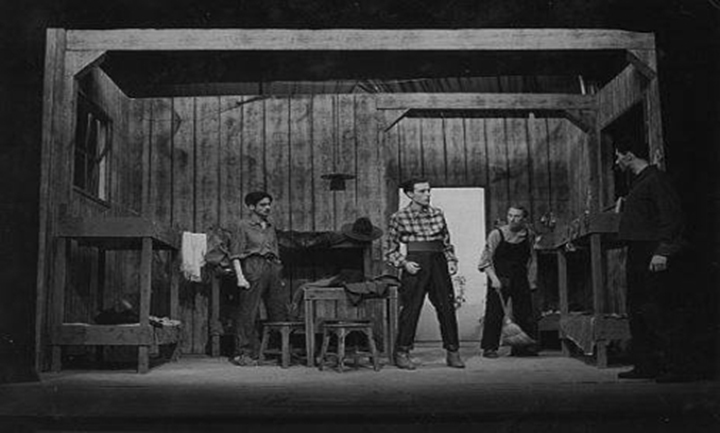 An adaptation of John Steinbeck’s text in a translation by Cesare Pavese, Uomini e Topi [“Of Mice and Men”], Luigi Squarzina’s earliest Academy project, was the first theatre performance in Rome after Liberation. It was a complete success, achieved by simple means: mattresses carried from home by bike, bunk beds, and a projector behind the screen to reproduce the actors’ shadows in scenes with violence. The choice of a text that described, in raw terms, the miserable conditions of farmhands, plus realistic rather than conventional acting, broke the patterns of the theatre model of consumption, of evasion or of false historical representation, yielding “tones of social controversy hitherto unconceivable on the Italian stage”.

We thank the National Academy of Dramatic Arts Silvio D'Amico for the concession of the use of photographic material.