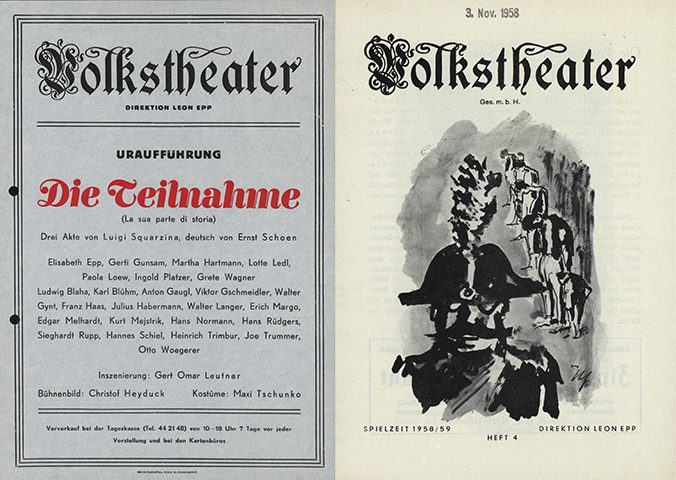 Written between 1952 and 1955, this third theatrical work by Squarzina tells the story of the investigation conducted by the Carabinieri into the murder of a postman in a remote town in Sardinia, where the young doctor Gail Tibbet, sent with her team by a major American medical foundation, has generously engaged in treating a polio epidemic that has stricken the children there, thus winning the townspeople’s trust. But after this bloody incident, Gail accuses herself of incitement to murder because, by publicly denouncing the postman for having pocketed the money sent home by emigrants, she set off the vendetta that killed him. Only in the end does Gail recant, after another crime of vendetta and strong pressure from the foundation’s authorities hurrying to the scene for a duly publicized official ceremony honouring the work of the doctor and of the foundation itself.

The characters’ story is clearly and meaningfully set against the backdrop of a society of shepherds, entirely alienated from any form of economic development, and the cynical, arrogant American policy of the 1950’s. La sua parte di storia was honoured with the Premio Pescara in 1955, it was staged for the first time not in Italy but at the Volkstheater in Vienna in November 1958, directed by G. O. Leutner, and in Düsseldorf in December that same year. In Italy it was broadcast as a radio drama by RAI’s Terzo Programma channel in 1958, with the playwright himself directing. It finally made its Italian premier in 1962 at Festival di Venezia dal Teatro Stabile di Torino, directed by Gianfranco De Bosio. 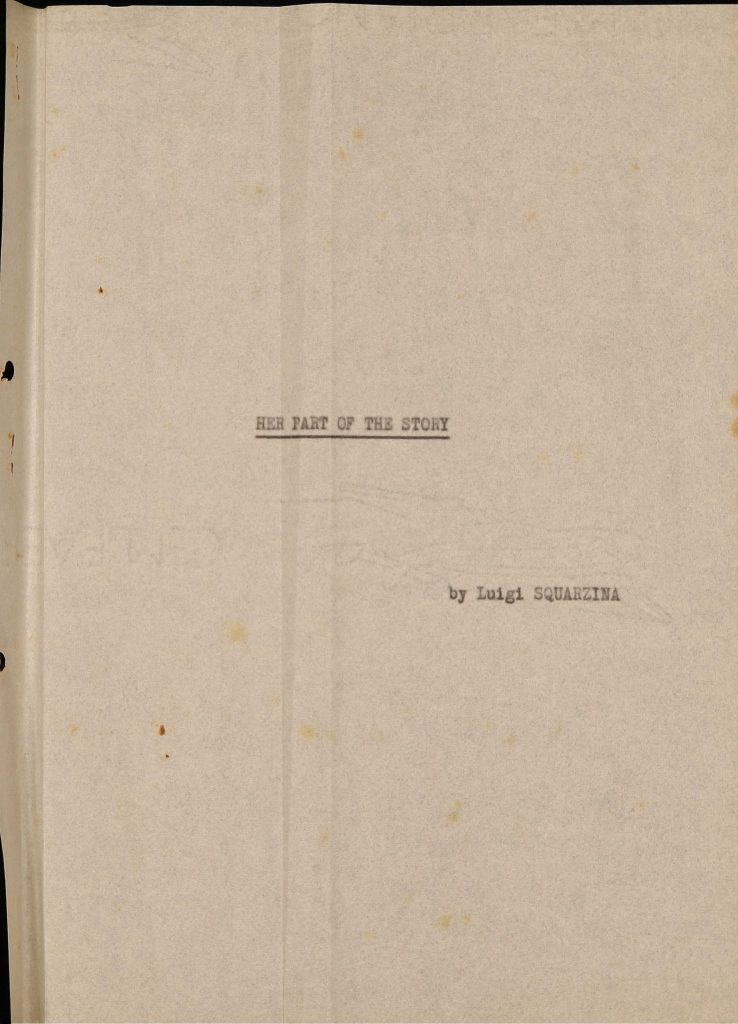 “My wish was to define, using a natural example, the relationship between the American omnipotence of the 1950s and the nothingness of the inland area of an island cut off from economic, social, and cultural development. A world entirely closed within itself, where the established authorities are looked upon with suspicion and distrust”.