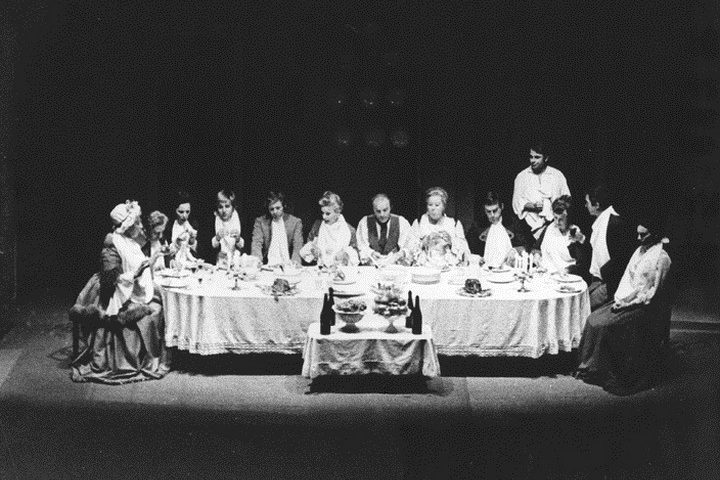 As he did with Euripides and Shakespeare, Squarzina makes Goldoni our contemporary, and makes the 1960s audience contemporary with great Goldonian theatre.

His adaptation of the Carnival is related to the cultural, social and political context of Venice in the second half of the 1700s, and to the playwright’s biography. Thus, while on the one hand it represents Goldoni’s strongly critical view of the bourgeoisie, on the other it highlights the playwright’s doubts as to the future of its reform, but also his pride over the results it had achieved. And thus Goldoni become our contemporary, because in the director’s adaptation, the autobiographical pieces are set “as a collective autobiography of a theatre generation,” while Goldonian reform becomes the project of innovation of the Italian theatre during the second post-war period, as carried out by the new-generation directors. Squarzina also acknowledges the “contemporaneity” of the Carnival, in Anzoletto-Goldoni’s departure towards Muscovy, seen as a “brain drain from Italy”. To clearly express the deep melancholy and the strong political provocation, the director inserts passages from the Mémoires into the play.

The production was accompanied by an essay of great depth with a title by the same name, in which Squarzina clarified the motivations for his interpretation. Both audiences and critics were highly enthusiastic.