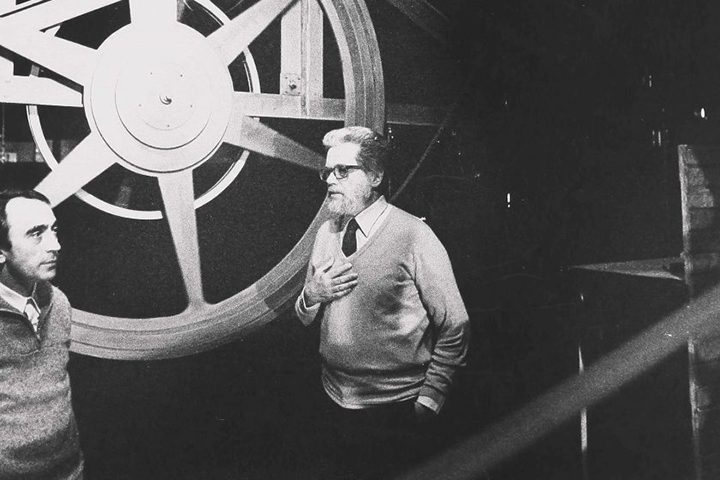 It comes as no surprise that the play, never performed in Italy, was staged a few months after Aldo Moro’s kidnapping and murder. This was a dramatic time for an Italy tormented by violence and terrorism, and Squarzina’s interpretation aimed to find analogies between the condition of Nazi Germany and the different movements expressing violence and abuse of power that were active during that period in different countries, first and foremost in Italy. The director sensed that the catastrophe could not be considered exclusively as a product of a horrible Nazi society, but it could repeat itself, albeit in different forms, in any other society in which authoritarianism ends up suffocating freedom and manipulating the consciences of individuals and the masses.

As for the production dynamics, Squarzina reduced the original twenty-four scenes in the text to sixteen, thereby ensuring its unity with the dominant motif of newspaper-reading and radio-listening, and presenting the play as both amusing and informative. The director managed to do so by emphasizing directing technique and by satirically deforming the characters to the point of turning them vignettes, or by merging scenes without letting didactics prevail over entertainment.

The play, a great success with critics and audiences alike, was also accompanied by: Director’s Notes, two essays of great depth, a single-theme course at DAMS in Bologna, and an exhibition on Piscator and on the theatre of the Weimar Republic.