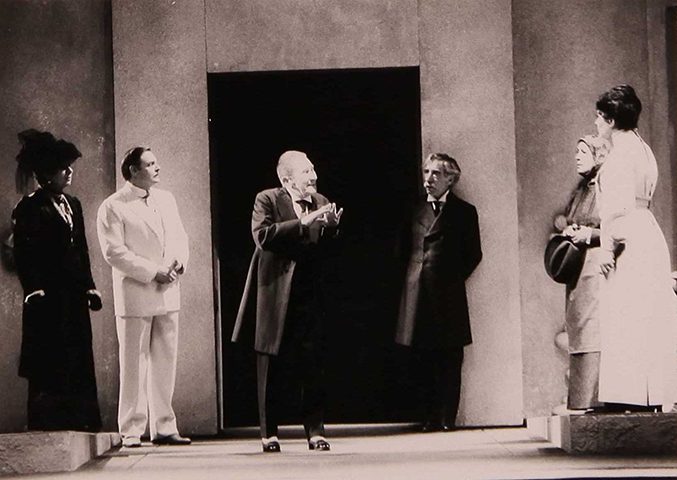 Once again, Squarzina proposed an innovative interpretation. Freeing the play from the dimension of Sicilianità and from the dialectal form, he made it modern and European, thanks also to Paolo Stoppa’s performance. Nonetheless, he did not subordinate the play’s framework to the centrality of the protagonist’s acting, which, in previous editions, mutilated the text to his advantage. Squarzina staged, in the original language, the almost complete edition of the original draft in dialect, A’ birritta ccu’ i ciancianeddi, reintroducing a series of lines that had been cut, perhaps out of self-censorship because they expressed women’s uprising against male domination, or because they annoyed the lead actor. He thus reintroduced the scene of the scorpion that the protagonist believes she sees between her sheets and stomps on when she is ready to leave.

The novelty of the director’s interpretation extended to the new configuration of Ciampa’s character, played by an extraordinary Paolo Stoppa, no longer the stereotyped character of the repressed rebel from previous versions, but a self-taught and dignified intellectual, alert in his aggressiveness and firm in his convictions, but without exaggeration.

This play, too, met with extraordinary success from critics and audiences alike.