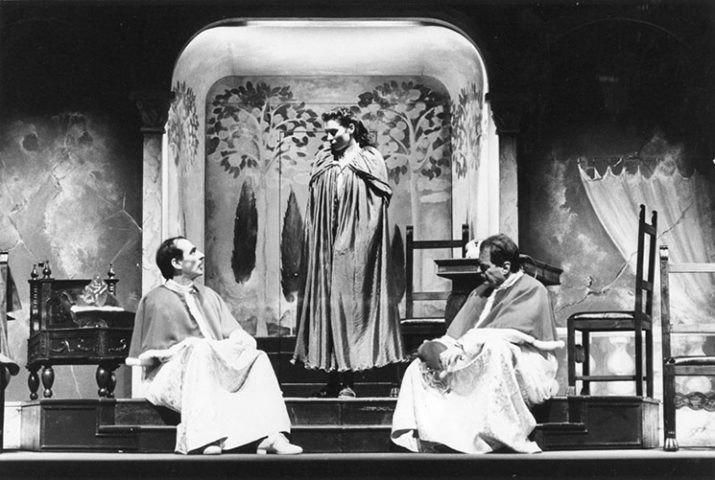 Written between 1982 and 1986, Squarzina imagines, with grotesquely caricatured tones, the story of one of many useless public authorities that thrived in the 1980s, in the shadow of a public administration rife with inefficiency and cronyism: Ente Nazionale riutilizzazione Enti Inutili – E.N.R.E.S. (the “national authority for the reuse of useless authorities”), placed under receivership with a view to being restructured. He describes the greyness, the absenteeism of its workers, the affairs between managers and their secretaries, and the acts of corruption carried out. The plot is complex: the old, paternalistic director nicknamed “Pius II,” suffering a stroke while making love to his secretary in his office, is replaced by a new, efficient and dynamic manager nicknamed “Paul II” who, beside a woman president/manager, intends to impose  order and discipline. To ward off this danger, some office workers, including a grotesque union official, lend their full backing to the conservation plan hatched by the old director who, having discovered the president/manager’s weakness – her anxious desire for a child – convinces a protocol office drone, himself the father of seven, to get her pregnant. The president loses her aggressiveness, becomes sweet and conciliatory, and everything goes back to the way it was. This, too, is a play with great civil commitment and strongly anchored to reality – seen, moreover, not with the customary indignation, but with aristocratic detachment. 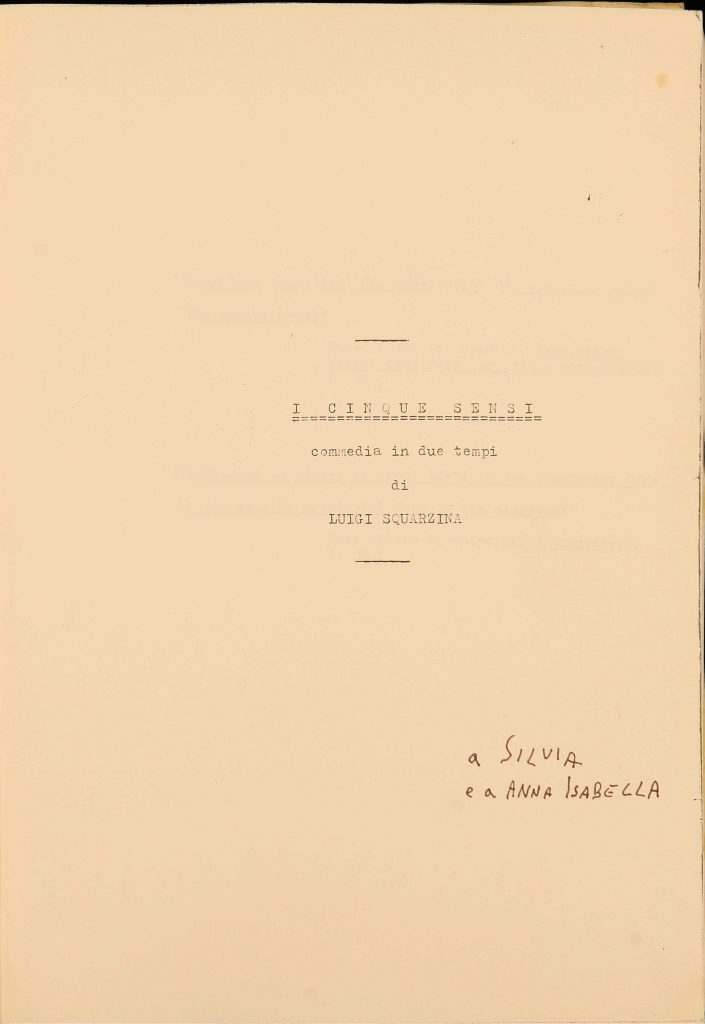 “I used the metaphor of Popes Pius II and Paul II: the first hired a great many of his fellow Sienese at the Vatican, while the other, an efficiency maven from Veneto, fired them. And so, the former manager and the manager in office, at a costume party, took on the features of the two popes, while Benedetta [Buccellato] dressed as Florence Nightingale, the creator of the Red Cross, the sublimation of her failed motherhood.”

We thank Tommaso Le Pera for the concession of the use of photographic material.