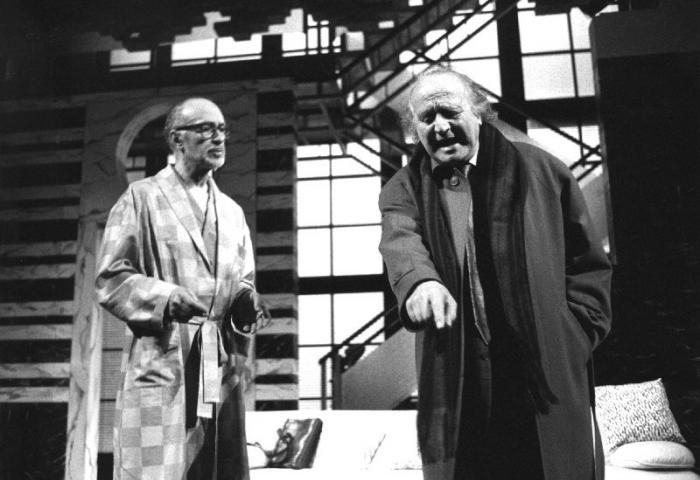 His last play, written in 1990 and garnering Premio IDI honours in 1991, was staged at Milan’s Piccolo Teatro in May 1992, in a production directed by Carlo Battistoni, with sets by Ezio Frigerio, costumes by Ottavio and Rosita Missoni, and music composed by Fiorenzo Carpi. The plot: Giulio and his son Gianluca return home stricken with grief after the funeral of Alberta, their wife and mother. As they heartbreakingly recall her, Alberta appears, imperturbable, and commences behaving as if nothing had happened. She speaks with her son, urging him to reconcile with his wife Mizzi; with her husband, serenely accepting the confession of his betrayals and confessing her own; and with the director Effe Effe, to give him suggestions for his next movie. In the end, to the astonishment of her interlocutors, Alberta reveals the mystery of her return to Earth: she has made a deal with Death, agreeing to die in her husband’s stead; she has also been given eighteen hours’ more life in the bargain. Even as he once again adheres to reality in his ironic depiction of bourgeois life, and does not abandon his convictions as to the functions of theatre, in this play Squarzina places lyricism, sweet elegy, and melancholy in the foreground. The dilemma is no longer that between existence and history, but between life, death, and love. The perennially reasonable man has gone back to being a poet, returning to his age-old passion and beginning once again to speak of love. 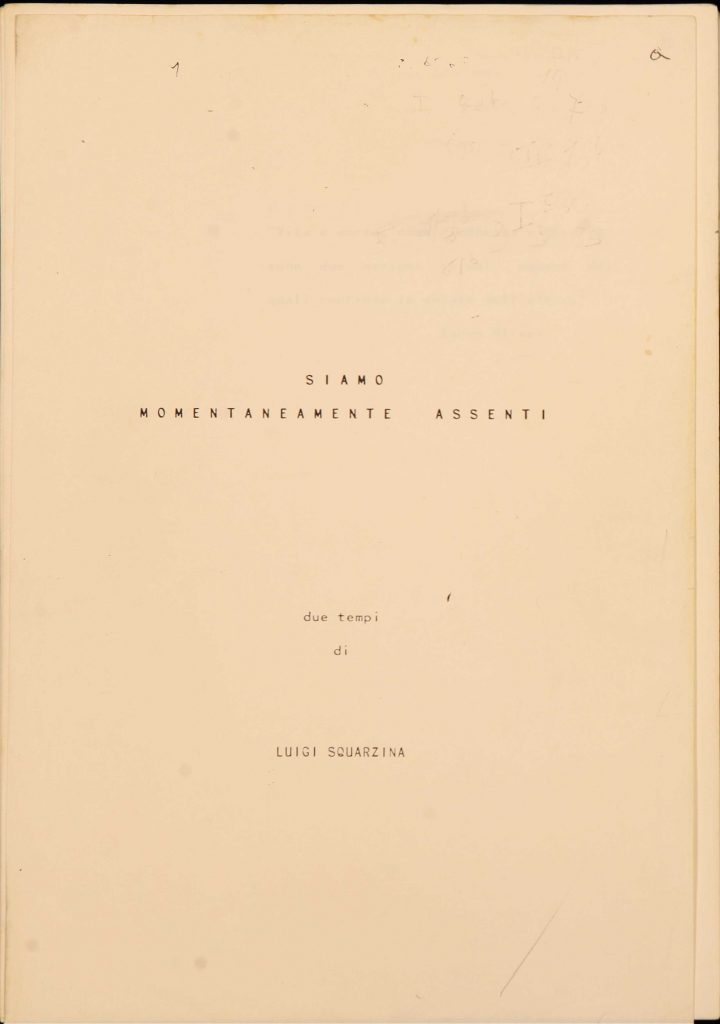 “My play Siamo momentaneamente assenti was about explaining the unexplainable. that is to say explaining what is not voluntary: death, in fact, understood as an act of will. Not a negative gesture like suicide, but an act that takes the place of destiny. This confrontation with death mixes with the dream of an artist who would like to speak precisely about this question but, having had little commercial success of late, finds no producers willing to finance it, except by transforming the project into a tabloid operation”.

We thank Piccolo Teatro di Milano for the use of photographic material.